Drama in the police station, or, Grammar nerds save the day!

This dream took place in a police station.

A heavily-armed baddie came in and held the police officers on the second floor hostage.

While this was happening, the officers (including me) on the third floor were trying to figure out what to do.

Then, we heard a notification and saw that an email had arrived.

Relief! But no… luckily I recognised that Michael (a second-floor officer), who would have written the email, had left hints in the message that all was not as it seemed. He would never have put a full stop after “All clear”. He would NEVER have spelt “there” wrong. The hostage taker had obviously dictated the message, in the hopes that we’d come down for cake, and get taken hostage too. But Michael and I were able to communicate with grammatically incorrect messages and make a plan to thwart the hostage taker. Woo!

The WordPress.com stats helper monkeys prepared a 2013 annual report for this blog.

A San Francisco cable car holds 60 people. This blog was viewed about 2,600 times in 2013. If it were a cable car, it would take about 43 trips to carry that many people.

Posted in Uncategorized. Bookmark the permalink. 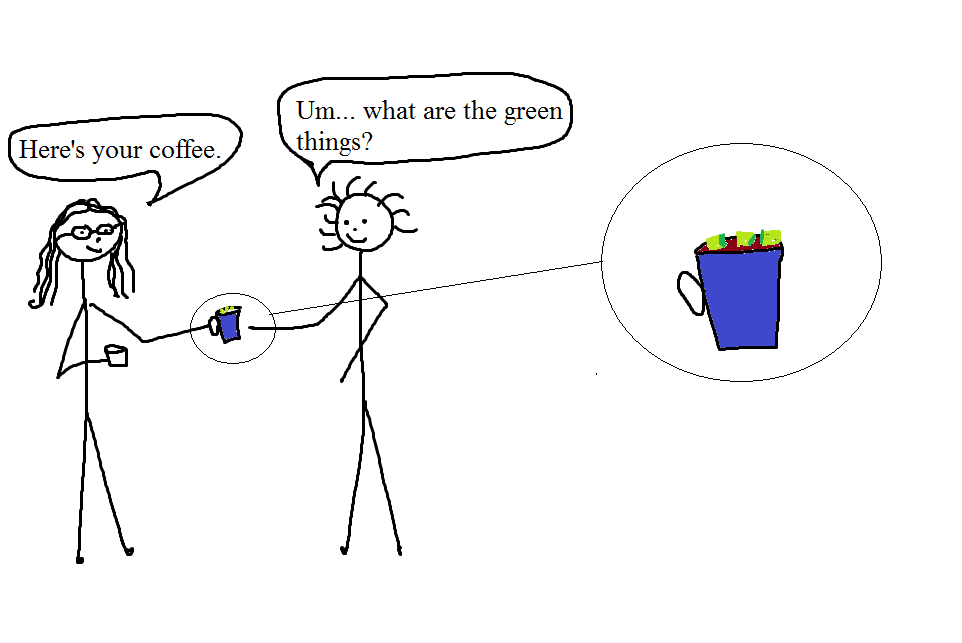 I was having coffee at someone’s house, and when she gave it to me, I noticed green bits floating in it. 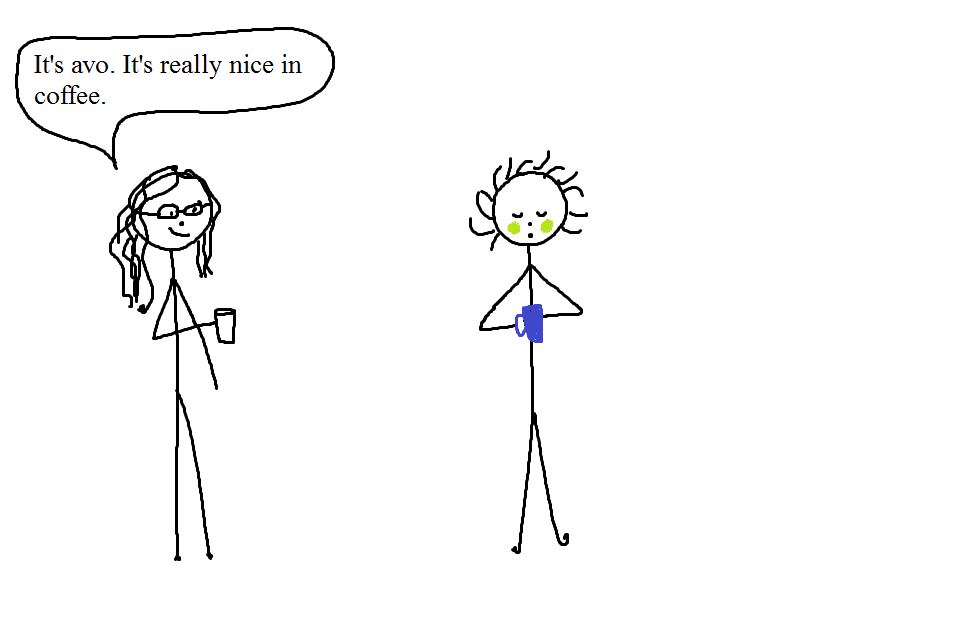 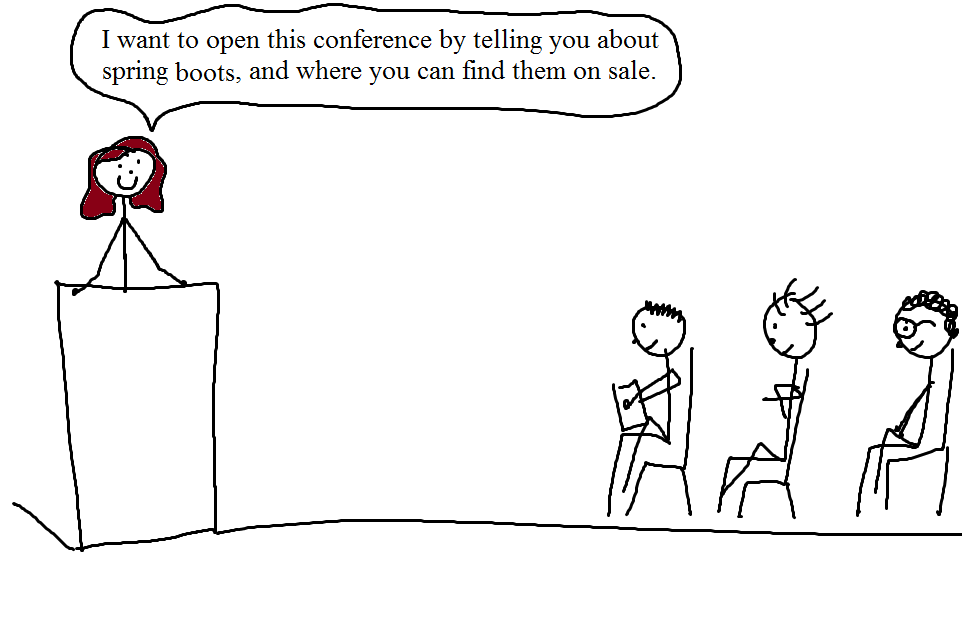 I was at a conference, about very serious academic things, and the opening speaker started off with this. 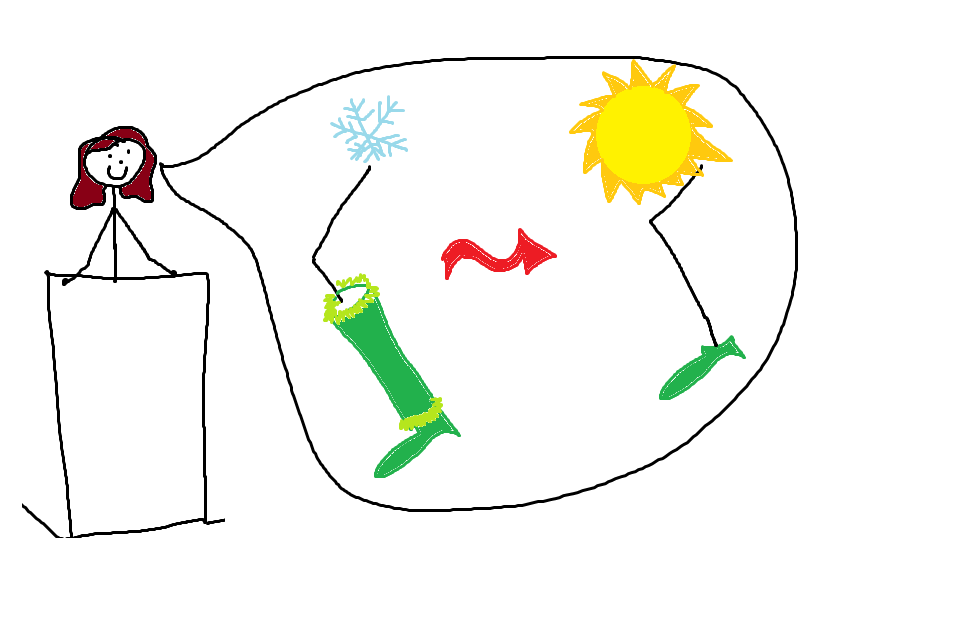 It turns out that spring boots are shoes with a detachable boot part. You wear them in spring, when you’re not sure whether it’s going to be warm or cold. You wear them as boots, then when it’s warm enough, you detach the boot part and voila! you now have shoes. 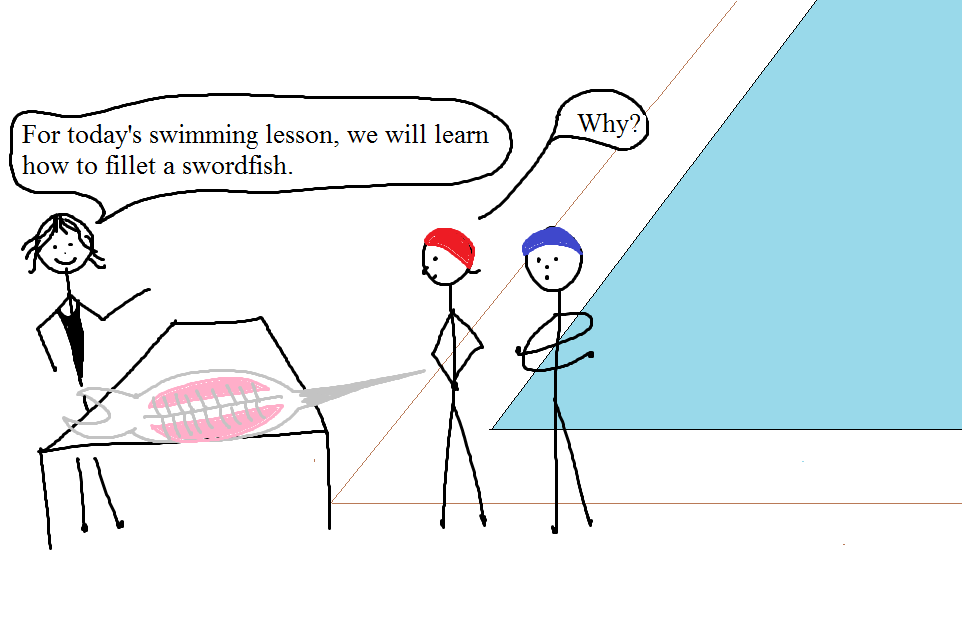 We were going to swimming lessons, and had been learning useful swimming things. Until this lesson. 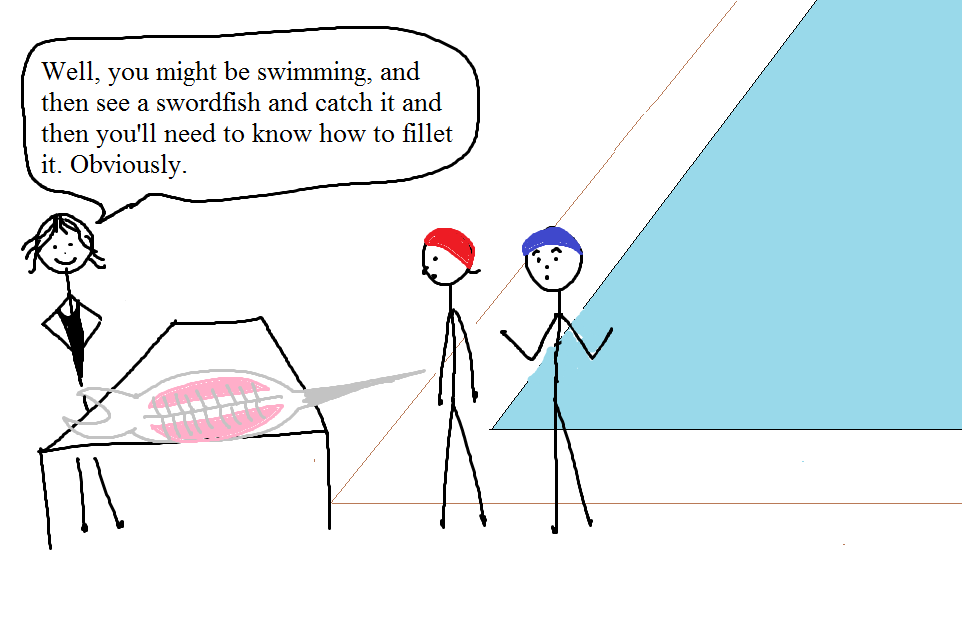 Although it seems it can be argued that learning to fillet a swordfish is, in fact, useful.

A baboon in disguise

I was walking along the road, minding my business, when I saw a baboon dressed as a panda.

What’s even funnier, is that after I had this dream, we were given a hand puppet that is a camel dressed as a tiger. Truly. 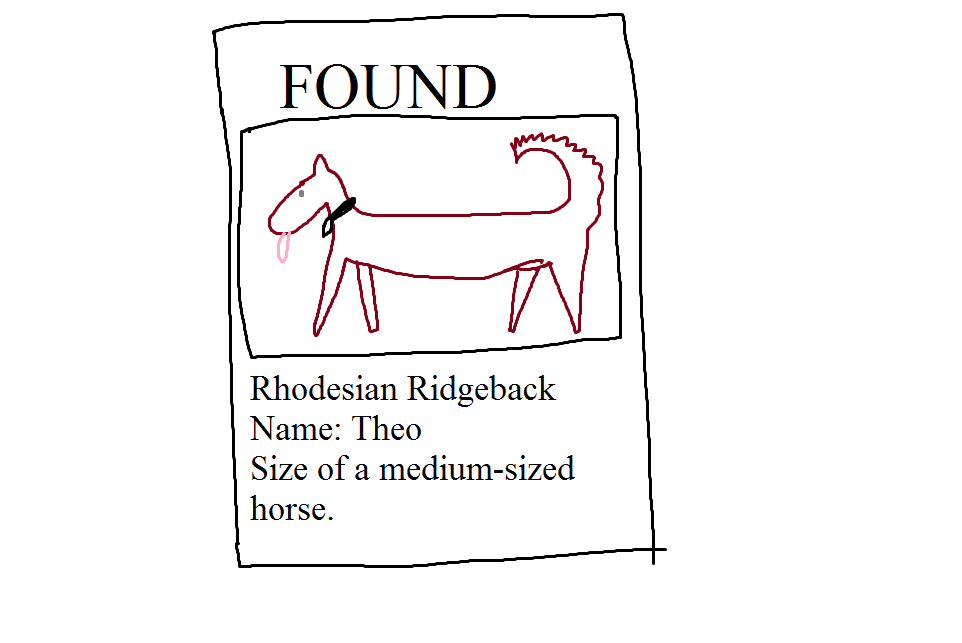 I found a dog in our garden, so put up posters in the neighbourhood. I knew his name was Theo, because he had a collar with a name tag.

George in a nurse’s uniform 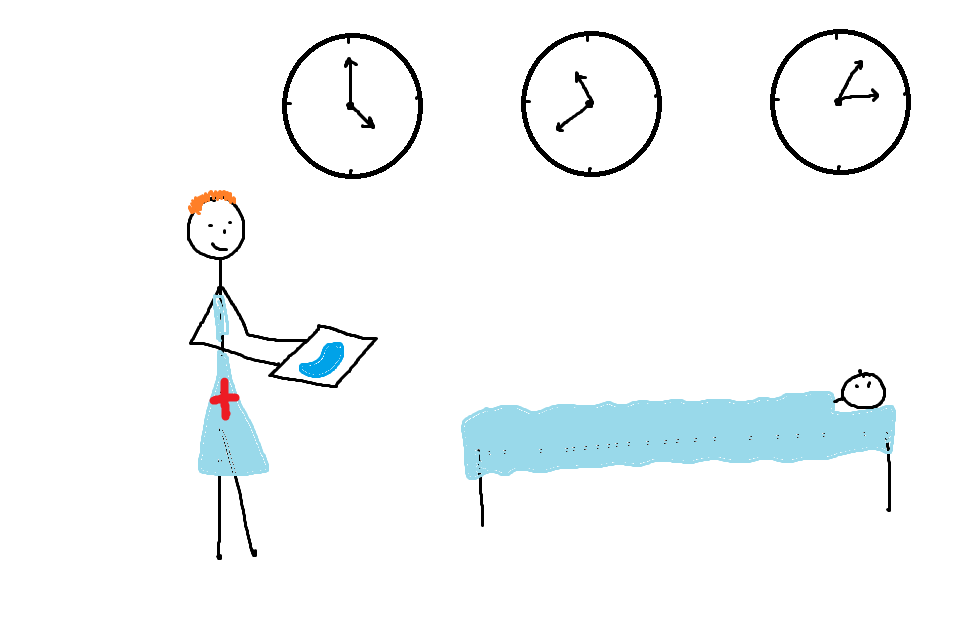 I had the most complicated dream ever, with time travel and switching realities and all sorts of craziness. All I can draw from that though, is George in a nurse’s uniform.

I was talking to a fellow about craft markets, and he mentioned “smiling bunnies”. 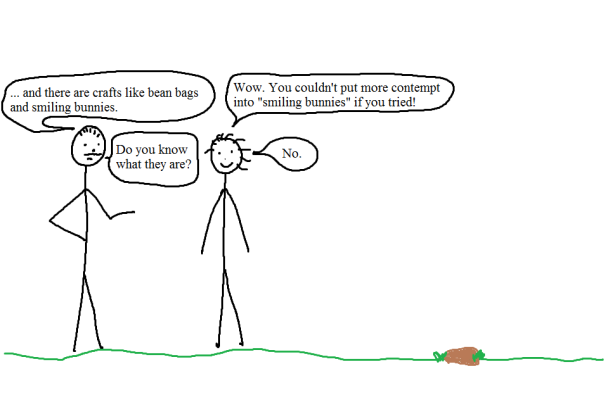 I didn’t know what these things were, so he showed me a catalogue. 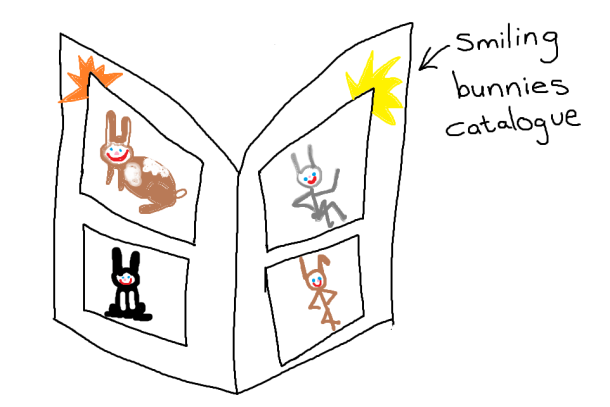 Turns out they are these hideous toys/model bunnies, that are realistic in every way except for their creepy grins. There are also some that are in anthropomorphic poses, which makes them even more creepy.

The wrong kind of date 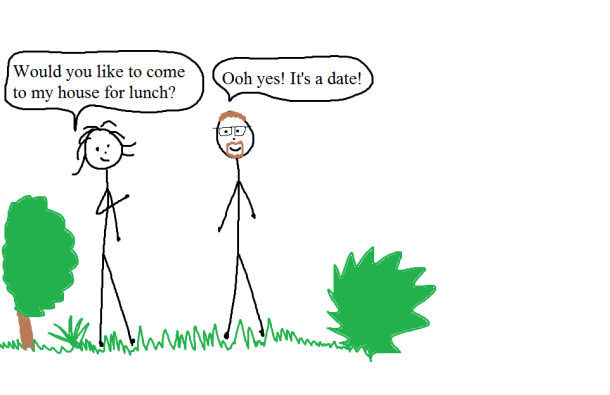 I met a man and after chatting, we decided to go on a date. It was going to be a lunch date, at my house.

I was excited and nervous, as one is before a first date, and got everything ready… 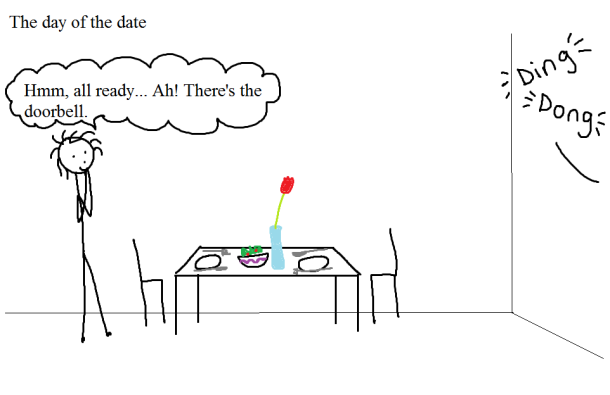 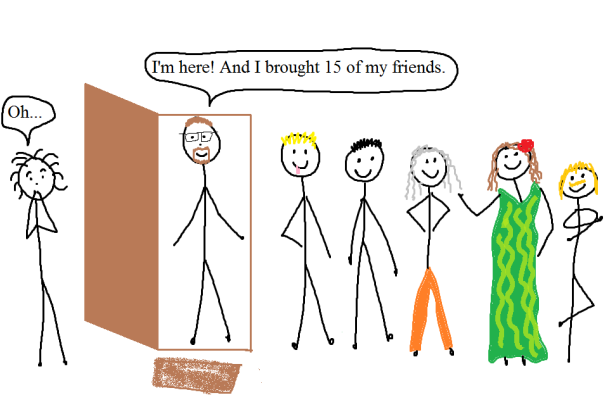